A setup is shown in a figure below: 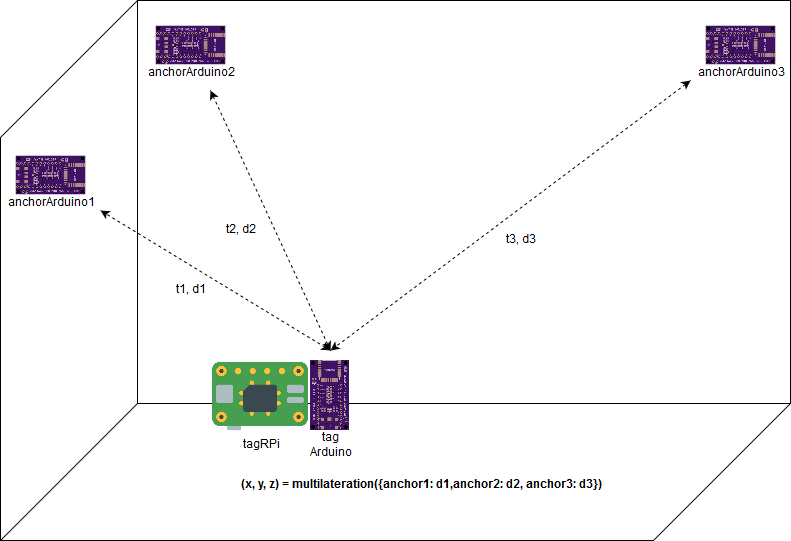 An overall sequence diagram is illustrated below. Tag (Arduino) is actually composed of Arduino Pro Mini and DW1000. 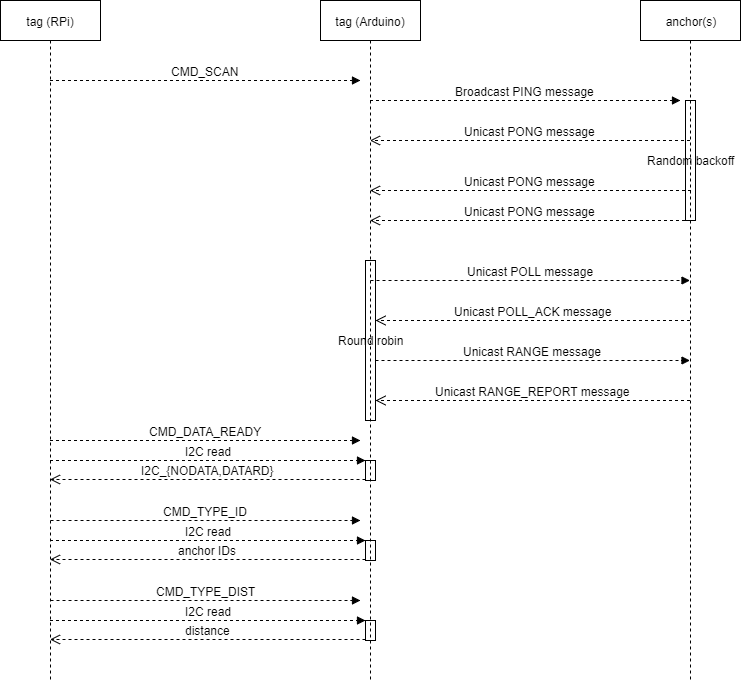 A figure below is a state diagram of a tag:

When a Raspberry Pi commands via I2C to scan, it goes into SCAN state and broadcasts a PING message. Going into PONG state immediately, it waits for PONG messages from anchors nearby for a certain duration. I set it to 100 ms.

If it discovers 3 or more anchors during the PONG state, it goes into ROUNDROBIN state. It exchanges 4 messages with each discovered anchor sequentially, i.e. POLL to an anchor, POLL_ACK from an anchor, RANGE to an anchor, and RANGE_REPORT from an anchor. After sending POLL and RANGE message, it waits for a response message for a certain timeout of 10 ms.

After 4 messages are exchanged with each anchor, it calculates distance between an anchor using Tx/Rx timestamp. It adopts two-way ranging algorithm, which is a bit computational intensive, but I think it is not that much intensive. For more information about two-way ranging, please refer the official appliclation note APS013 by DecaWave.

A state diagram of an anchor is simple:

The whole implementation can be found in my GitHub repository. I used arduino-dw1000 for controlling DW1000 using Arduino. I followed wiring between Arduino Pro Mini and DW1000 as defined in examples/Ranging{Anchor,Tag} of the library. Only I2C interface is needed to connect Raspberry Pi and Arduino Pro Mini